Study in Canada for International Students 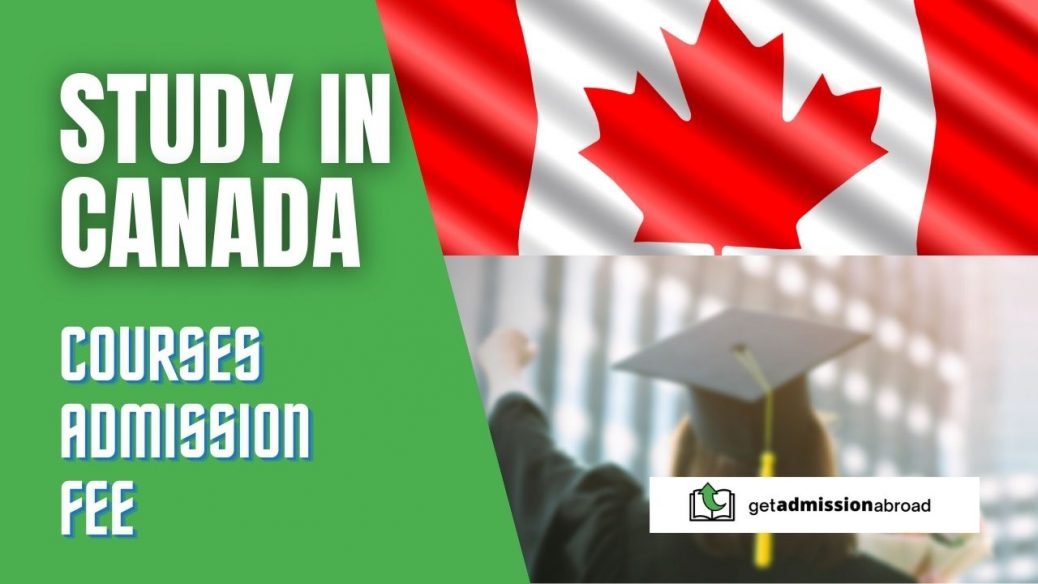 More than 150,000 students come annually to Canada for higher education and jobs. In fact, Canada offers good jobs and study opportunities that are distinctive from many other locations in abroad. The universities and colleges of Canada are also known for their relatively low fees. In addition, international students have the opportunity to work and can submit a permanent residency application. The Indian community is very strong in Canada and is compounded by the relatively easy process of immigration. According to the study conducted by the US News & World Report together with BAV and Wharton of Y&R, Canada is considered to be the world’s third most successful country in educational and quality of life.

One of the most important reasons that students choose to study in Canada is due to the high standard of their schooling. The QS World University Rankings 2019 ranks 26 of Canada’s colleges, and the Global university rankings 2019 rank 27. 27 are ranked.

Canada provides degrees, qualifications and classes that, as they are high academic standards, are internationally recognized. These open up doors to the dream career of students and benefit their long-term career. One of the reasons why it is common is cheap preparation. While living standards are high in Canada, living costs and tuition fees are usually lower than for other foreign study destinations. The highly dynamic and realistic academic environment often allows students to learn critical and communicative skills, articulate themselves, show their imagination and build trust.

Cost of studying in Canada

The low tuition fees for international students and quality education at the Canadian Universities and colleges around the world are well-known. Canada was named the third-best nation in the world for education according to a recent study by the U.S. News & World Report. Canada is also one of the world’s top 3 countries in terms of spending per capita on post-secondary public education, states the Organization for Economic Cooperation and Development (OECD).

Due to the relatively low tuition fee for international students and the quality of education being outstanding, studying in Canada is very attractive. This opportunity clearly demonstrates that more than 150,000 students come annually to Canada to learn.

Canada also has three major housing choices, much like other destinations. Students can stay at institutions in the hostels / dormitories, rent out on campus or choose homes where Canadian families are accommodated.

Students can be paid C$ 350 to C$ 550 each month to stay in dormitories or campus hostels. Stays outside the camp can cost approximately CAD 500-1500 a month and can be reduced to at least 50 percent if they split the apartments with others. Likewise, it might cost CAD 500-900 a month to live at Homestays.

During a stay in Canada, medical coverage is compulsory for all international students and depends on the provinces where they are studying and residing. The policy is largely based on the lifetime and, within their provincial health policies, most Provinces accommodate international students.

Yet as we always say, living costs inevitably differ appropriately and rely on the lifestyle of the student.

Top Courses to Pursue in Canada

Canada is one of the most popular destinations for students and, according to a report, the number of students migrating in 2017 increased by eleven per cent. The reality that Canada provides high quality education at relatively small expense is largely attributable to this success. However, Canada also offers a myriad of courses to prepare students for the real world. The OECD is investing in post-secondary education in Canada, one of the top three countries per citizen worldwide.

The Canadian method emphasizes, as is the case in the other highly educated schemes, on the practical aspects of any course and offers courses from the most basic such as MBA, Technology, Law, Language and Tourism to specialized programs such as efficiency, cyber security, photo-archiving and neuroscience among others.

And students will choose the course that fits best with their ability and skills for complete basket courses like this. And since most faculty members are highly trained and real teaching professionals, there is no doubt that every student in Canada is something.

Exams Requirement for Applying and Studying in Canada:

English and French are the two languages used and spoken in the Canada. It is a bilingual community. At least one language should be known to international students. And since in all universities, colleges and others English is used as a means of communication, Indian students have no worries about it.

However, English competence is expected and therefore, in any English test, IELTS, PTE or TOEFL, students must show a high score. Depending on the course, degree, college or organization, the minimum entrance scale varies and you can find more information on the new admission notifications.

For fact, candidates may need to take those training for other assessments such as GRE and GMAT.

Scholarships to Study in Canada:

When millions travel for studies into Canada, SCHOLARSHIPS are very expensive and restricting for studying in Canada and seldom cover all costs of studies. The bursaries and coverage vary between institutions as well. Some grants, for instance Asian / Pacific Islander bursaries, are based on merit and some are made available specific to students based on their region of origin.

To find out more about these study opportunities and apply accordingly, contact your STUDY ABROAD CONSULTANT always.

Throughout Canada, two types of scholarships are mainly accessible. Universities offer the first type and other organisations award the second type. As the name implies, international students with exceptional academic qualifications or abilities will gain from the scholarships in certain subject areas.

They are bonds awarded to international students who qualify for any degree course in Canada and meet the criteria of admissibility established by the scholarships provider.

How to Get Visa to study in the Canada

The Canadian High Commission’s launch of the Student Direct Stream (SDS) further streamlined and improved the process of acquiring a Canadian Student Visa. According to SDS rules, students from selected countries (including India), who have a total of 6 bands and 7 IELTS score and who submit to the Niveaux the Compétence Linguistique Canadiens for French are entitled to get a visa processed faster. However, applicants who qualify for colleges under the Canadian Community Colleges Association (ACCC) are entitled to quicker visa processing and other similar benefits.

One of the main criteria for obtaining the application for SDS study licenses is the requirement that the student have a letter of offer from all other universities and colleges within this scheme. Apart from that, all qualifying applicants will meet all the other criteria of the Canadian Immigration Act and Regulations.

Canada has a reputation for having an efficient, straightforward and consistent process that makes it easy to apply and pay fees.

Unlike most other common travel destinations, visa interviews are not compulsory for applications for research permits, although rare cases have occurred for applicants in certain visa offices to be called in for an interview.

Canada is ranked by and has its justification as the third best country in the world. One of the advanced nations, it has all the benefits of being a modern country of high quality but at the same time, the living costs are lower in contrast with several European countries and the USA. Yes, for the fourth year in a row, quality of life is ranked number one in the nation.

Canada is considered to be a welcoming place, and when it comes to Canada’s attitude towards migration, people are warm and friendly.

Canada is the hub of the Indo-Canadian community with a large Indian diaspora with Toronto. In this region of Ontario, about 50% of the population is of aboriginal descent, according to a survey.

Economic stability, good labor market, affordability, security, political stability, family friendliness, the public education system standard, a public health system and equality of income were among the parameters on which Canada ranked first. And in all of these, Canada has a total score of 10 out of 10.

In addition to the figures, Canada offers a beautiful country that combines scenic beauty with modern urban landscapes.

Also check out other country options:

©2022 Get Admission Abroad. All rights reserved.